Analysts: US OCC recycling rate may be below 70% – Resource Recycling

Cohen also illustrated the ease of collecting clean cardboard from business settings, as opposed to curbs. He estimated the average big box/supermarket store generates about 14,800 pounds of OCC per week. By comparison, the average household sets out about 1 pound of OCC a week.
Relying on the newly developed denominator, Cohen and Fox estimated that about 15.9 million tons were not collected for recycling in 2021. They said the vast majority of that weight was landfilled or burned at waste-to-energy plants, although they acknowledged some could be hoarded in homes, used to store items in basements or attics, or used as kindling in fires.
Cohen also said he and Fox conservatively estimated OCC waste landfilled or burned at 16 million tons, but it could be closer to 20 million-24 million tons.
“The silver lining in this whole thing is a lower recycling rate ensuring we’re not complacent. We still have a lot of work to do,” Cohen said on stage. “A lot of noise and effort at this conference and all conferences being directed at plastics, but paper is the bread and butter of recycling, both commercial/industrial and residential, and we have a lot of work to do.” 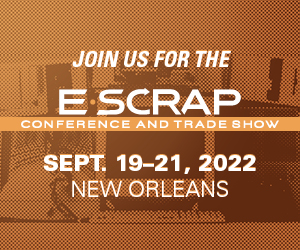 Last-minute amendments to California bottle bill expansion legislation would increase spending by hundreds of millions of dollars, causing some previous backers to rescind their support even as the bill cleared a committee vote.
If a bottled water label and cap are effectively unrecyclable, and if statistics show a majority of PET bottles are ultimately wasted, can the containers still be labeled as “100% recyclable”? A federal judge recently said yes.
Amazon has eliminated more than 1.5 million tons of packaging since 2015 and created programs to increase recycling and diversion, according to its latest sustainability report.
Circular Action, Tetra Pak and Packaging Recycling Organisation Vietnam teamed up to create a carton recycling initiative in Vietnam they hope will increase recycling rates and provide income to freelance waste pickers.
Rising prices at every step in the supply chain have put the squeeze on many recycling programs. Graham Rihn, founder and CEO of RoadRunner Recycling, offers some advice for dealing with this challenge.
Volatile markets, changing material compositions and aging infrastructure can all be addressed with the right municipal MRF contract. Industry experts discussed how to achieve such arrangements at the Resource Recycling Conference.
For the first time in three years, recycling professionals gathered in person at the Resource Recycling Conference. Our contracting photo company, Big Wave Productions, was on the ground in Austin, Texas capturing the discussions, dealings and joys of long-delayed reunions.